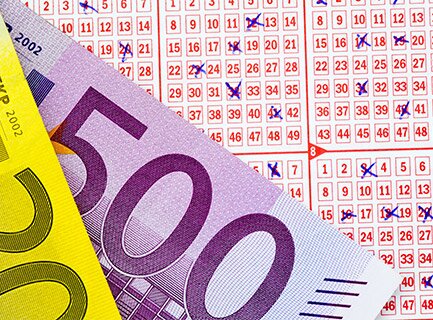 Not many people know much about Bosnia and Herzegovina. If you are also one of those people, it might be time for you to expand your knowledge by learning more about one of the most popular and prominent lotteries in the country, SuperLOTO. This particular game has been around for a long while and through the years, it has given a lot of people the opportunity to win some great cash prizes. The most intriguing and exciting aspect of the SuperLOTO is that it combines a standard numerical format with an optional game to provide customers with a whole new experience.

There is a turbulent and long history associated with the Balkan regions and the same is applicable to Bosnia and Herzegovina. The origin of SuperLOTO can be traced back to a long time ago as it was originally introduced in 1962 and was recognized by the simple name of Loto. It was just one of the games that belonged to the portfolio of the lottery of Bosnia and Herzegovina, which had been a part of the Yugoslavia lottery during that time. The standard format of the original Loto was 6/49, but it was changed over time. Today, the format that’s followed in the SuperLOTO is 6/45 and it has also incorporated an additional color pick option that allows players to eventually take home the Super Jackpot.

There are two draws of the SuperLOTO that are conducted in a week, on Tuesday and Saturday respectively. The draws begin at 1910 hours and players are allowed to purchase the tickets on the day of the draw up until 1730 hours. As people don’t know much about Bosnia and Herzegovina, they often wonder if the lottery is a scam. However, the fact is that these areas have decades of history when it comes to the lottery. Originally, the lottery of Bosnia and Herzegovina was founded in 1951 and was a part of the Yugoslavia lottery.

One of its earliest games was the Loto, which is now the SuperLOTO. It was in 1973 that self-management rights were granted to lottery organizations in Yugoslavia. Through this transformation, more autonomy was granted to Bosnia and Herzegovina Lutrija and this prompted the launch of additional games. Today, there are a number of prominent games that are part of the Lutrija portfolio and these include TV Bingo, Igraj!, eSrecke, Casino, Automati and Loto 5/39. The official lottery of Bosnia and Herzegovina is responsible for organizing and supervising all of these games.

Other than that, the organization also has the responsibility of making payment of the prizes and this provides assurance to the players that they are not being scammed. The organization celebrated its 60th birthday in 2011, which is a serious landmark for any lottery entity.

When it comes to playing the Bosnia and Herzegovina SuperLOTO, you should know that it consists of two parts; there is the basic game, which is the LOTO 6/45 and the other is the Select Color game. For participating in the basic option, you have to purchase a lottery ticket from an authorized Bosnia and Herzegovina dealer. A pay slip is provided to the players in which they are required to choose six numbers from a total of 45.

When it comes to the Select Color game, you will have to choose a color between black and red. The cost you will incur when you select six numbers is approximately 0.5 Convertible Mark (KM) and the cost you will have to pay for the Select Color option is 0.2 Convertible Mark (KM). You can find three types of auxiliary sheets when you decide to participate in the SuperLOTO and they are outlined below:

You will also have to pay a great deal more money if you decide to try Combination plays or System plays. With System Play, you have the chance of winning multiple prizes from a single draw. As mentioned earlier, the standard draw is held twice a week, but there are special draws and additional prizes associated with the SuperLOTO. In order to win the biggest prize in this game, players are required to match all of the six numbers that are drawn. On the other hand, if you want to take home the Super Jackpot, you will not only have to match the six numbers, but also the color that’s drawn.

Other than choosing your numbers manually, if you cannot decide what numbers you want to play, there is the Quick Pick option that you can try. In this situation, you will simply let the computer terminal generate a selection of numbers for you. If you are one of those lottery players who is interested in playing a certain combination of numbers in several draws, you can go for this option as well by choosing to sign up subscriptions. SuperLOTO gives you the choice of entering into anywhere between 2 to 8 rounds ahead of time.

It is essential for lottery players to ensure that their SuperLOTO ticket is authentic. It should have all the appropriate information and you need to keep it safe because it is the document that will help you in claiming your prize. Previously, the ticket could only be bought from the authorized dealers, but now, there are agents who are willing to buy tickets of the Bosnia and Herzegovina SuperLOTO on your behalf and give you an electronic ticket, which is much easier to keep and protect.

On Tuesday and Saturay, the SuperLOTO draw is held and the ticket sales are shut down at 1730 hours in order to clear the way for the draws to take place. Once the draw is done, the ticket sales are continued again. When the draw is being conducted, a number of people are invited to view it, which includes auditors, the officials of the Bosnia and Herzegovina SuperLOTO, members of the public, representatives of the government and also the press. The entire event is aired live on the Federal Television program. This is to ensure the betting process remains transparent and fair.

Before the process is started, the drawing machines are also checked and there is a standby machine is also made available in the situation where one of these machines might be rendered dysfunctional. Before the machines are used, their functions are also checked for bias. After the draw has been conducted, the results are officially made public on the lottery’s official website as well as the press. Other than that, the results of the draw are also sent to the numerous authorized SuperLOTO outlets where players can visit and check whether they have won a prize in the draw or not.

The amount that is set aside for prizes in the SuperLOTO jackpot is 53 percent of the total sales collection. 10 percent of this amount is allocated to the payment incurred in organizing the event. In order to win any prize in the Bosnia and Herzegovina SuperLOTO, there are certain requirements and they are mentioned here:

In the event that you decide to play a partial system, your percentage of payment will determine the amount that you win. If you have paid 10 percent, your winnings will also be 10 percent of the prize. For instance, if you turn out to be the winner of the Super Jackpot, you will receive 10 percent of its value. If there is no winner in a particular drawing, the amount of the jackpot is simply rolled over to the next drawing. As far as the odds of the standard 6/45 game are concerned, they are 1 in 8,145,060, but these odds might get a tad more difficult with the addition of two colors.

This means that the odds of winning the Super Jackpot are 1 in 16,290,120. The biggest jackpot in the history of the Bosnia and Herzegovina SuperLOTO was won in July, 2014. A lucky player was not just able to match the six numbers, but also the colors and walked away with a sum of 983,190 Convertible Mark or USD 589,500. The lucky individual had chosen to play a 10 number and color combination and the cost of the tickets he had bought was 7 Convertible Marks.

Before the drawing of the biggest jackpot in the game’s entire history, a second massive prize was won prior to it and it was worth 978,425 Convertible Marks. As mentioned above, there are seven additional prize tiers other than the jackpot. The lowest prize that players can take home is about 3.95 Convertible Marks. As far as the amount that can be won in other prize tiers is concerned, it depends on the number of tickets that are bought in a particular draw as well as the number of winners for the respective category.

There is another option offered by the SuperLOTO to the players for winning a prize and this is referred to as the JOKER. Not only is it an additional chance, it is also something optional. In order to play the JOKER, you have to make a payment for at least one combination and make sure you sign up for the JOKER. Players are given the option of playing three JOKER numbers. You can choose one number and the other two are generated via Quick Pick.

The price that you incur for every JOKER number is 1 KM. After the draw is conducted, players are provided around 30 days from that day to make a claim for whatever they have won. Once you have verified that you have won a prize in the draw, you can visit a Bosnia and Herzegovina SuperLOTO outlet to get instructions on how to make your claim. There are some prizes that you get directly from the outlet whereas for others you may have to go to the regional office or the headquarters to make your claim. Bear in mind that you have to have your ticket with you as well as your identification documents to get your winnings.

Also, it should be noted that when you play Bosnia and Herzegovina SuperLOTO, there is a 10 percent income tax that will be applied to all the lottery prizes that you win in excess of 100,000 Convertible Marks. As far as the smaller prizes are concerned, they can be claimed completely tax-free. Thus, SuperLOTO is a fun and exciting game and is 100 percent legal.

This site uses Akismet to reduce spam. Learn how your comment data is processed.

There are some unbelievable stories associated with lotteries. The way people win lotteries can be downright startling at times. Some

What is the Swiss Global Lottery Monitoring System (GLMS)?